By installing the west Slovene ethnic region, Istria and, therefore, the whole Mediterranean Slovenia in broader European and international context, we are giving this region the role of a linking factor between Mediterranean and Central European world. Notwithstanding the belief of lacking Slovene people’s cultural consciousness about the region, in other words, the belief that the region has begun gaining recognisability only after London memorandum stipulated and owing to economy development followed, we cannot overlook the fact that it has been shaped as a turning point between Slavic and Romanic reality on the grounds of historical and contemporary experience. The latter has been formed and given permanent mark by states, cultures, religions, civilisations, especially in the region of South-East and East Europe and Mediterranean. The consequences have been the innumerable and distinct sociocultural dynamics of different extensiveness, which should be understood only by radical scientific research. The respective results can be concretized only by the high professional makings of inter-disciplinarian humanistic and natural science. The latter, given the frequent experience, brings to such a specific region key value. For this reason Slovene service activities gain competitiveness against bigger and traditionally better economically and technologically developed states.

The Historical Society of Southern Primorska offers itself as a key of understanding the diversity and complexity of Mediterranean Slovenia on different levels. On inter-disciplinarian grounds through historiographical and natural science prism it should discuss the questions of North Mediterranean region, characterised by specific political, cultural and ethnical phenomenon, as well as socio-historical and economical features. In addition, the vital importance of the varied natural heritage of Mediterranean area, which ecological and biological features are addressed by the natural science section of the society, is emphasized. By wishing integration with natural science, the usage of up-to-date methodological procedures and the introduction of new technologies in the research of history of tangible and intangible cultural heritage are crucial in today information and politically economic era. The contemporary studies of the historical practice of transnational area, which deal with identities, institutions, language diversities, social and economic history and population’s common cultural patterns, gain their relevance only by pursuing their quality application in all aspects of educational activity and logical incorporation in modern socio-economical procedures. Despite being frequently neglected, »historia naturalis« forms, together with its ecological environmental mentality, an irreplaceable »travel ration« to the future of human beings.

A continuous development of scientific research, scheme and publishing activity with the aim of being one of the key and most recognisable humanistic, sociological and natural science research societies. As a result of our work, contributing to science and the promotion of European integration through Mediterranean multicultural region and, therefore, creating an intrinsic link between research sphere and sociological, cultural, natural and economic life.

Key values: diversity as an advantage, the condition of scientific and ethnical approach, academic freedom as activities sphere and distribution and applied knowledge as a goal. 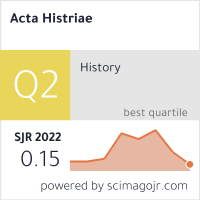 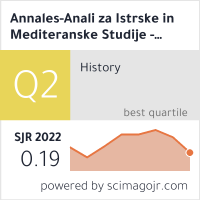 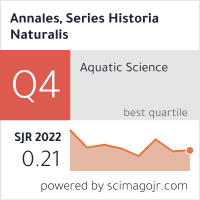